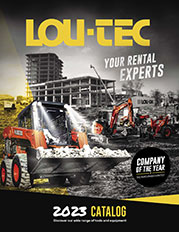 LOU-TEC Group is very proud to be among the finalists in the “successful business strategies” category, an award presented by the Quebec CPA order. This Mercury rewards a growth strategy developed by the company with the aim of reaching its full potential.

Launched in 1981 by the Fédération des chambres de commerce du Québec (FCCQ),  Les Mercuriades is today the most prestigious business competition in Québec. Each year, it celebrates innovation, ambition, entrepreneurship and the performance of local businesses, both within SMEs and among large companies.

Congratulations to Jean-Marc Dallaire and our partners for this honor!

LOU-TEC at the front page of Business Elite Canada Magazine

Business Elite Canada magazine dedicates its central article and the front page of its October 2021 edition to LOU-TEC Group.

With over 40 years of supporting Quebec’s entrepreneurs in their projects with its wide variety of reliable tools and equipment and its team of rental experts, the story continues as LOU-TEC Group enters a new era!
Learn more by reading this article: www.businesselitecanada.com/emag/oct-2021

Thank you to Business Elite Canada for this extraordinary review on LOU-TEC Group Inc. and its partners!

FOCUS ON GROWTH THANKS TO A NEW FINANCIAL PARTNERSHIP

Terrebonne, September 8, 2021 – LOU-TEC Group Inc. announces the closing of a transaction and the establishment of a new financial partnership.
Sagard Private Equity Canada (hereinafter “Sagard”), with the support of the management and current shareholders of the LOU-TEC Group, led this investment by partnering with Walter Capital Partners, Investissement Québec and BDC Capital.

It is a new era that is dawning for LOU-TEC Group. The significant contribution of new capital combined with the extended contact network of Sagard and other financial partners, the renewed commitment of our shareholders and all the talent of our team dedicated to our mission of filling more clients every day, will allow us to achieve our ambitious growth plans, increase our market share and achieve our common goal of positioning ourselves as a major player across the country by 2030.

Discover the advantages of entrusting your rental needs to LOU-TEC Group by watching this: https://www.youtube.com/watch?v=7HaGeStJj58

Following the governments’ decision to close construction sites and non-essential businesses, we will maintain our activities deemed essential and the majority of our places of business will remain open.

You can contact one of our Lou-Tec rental experts by phone by dialing the number of your usual branch.

Rest assured that we are mindful of recommended safety procedures and take every precaution to protect our customers, employees and their families.

Thank you for your understanding and we look forward to assisting you.

New CEO at the Helm of Groupe Lou-Tec

Groupe Lou-Tec, the largest network of equipment rental centres on the east side of the country, is pleased to announce the appointment of Jean-Marc Dallaire to the position of President and CEO.

An entrepreneur and a recognized leader in the industrial equipment rental business for more than 12 years, Mr. Dallaire has successfully managed many mergers and acquisitions. Since 2017, he has dedicated his energy, creativity and client-centred approach to his work as Vice-President of Sales and Operations of the twelve Lou-Tec corporate locations. With the support of his team, he has implemented several innovative projects focused on improving the performance and efficiency of sales and operations, all for the greater benefit of Lou-Tec customers. Mr. Dallaire completed a Bachelor of Applied Science (Engineering) and an MBA at Université Laval.

“His professional baggage and great management skills have made Mr. Dallaire a natural fit for this strategic position,” explained Gilles C. Lachance, Chair of the Groupe Lou-Tec Board.

Mr. Dallaire officially took up his duties on October 8, 2019.

Montreal, June 15, 2017 – LOU-TEC Group Inc. is pleased to announce the merger of 12 LOU-TEC locations in the Quebec City, Montreal and Gatineau/Ottawa areas. With this merger, seven LOU-TEC affiliated locations of Équipements Supérieurs in the Quebec City area, four LOU-TEC affiliated locations of Groupe Aztec in the greater Montreal area and Gatineau/Ottawa, and the LOU-TEC Group Inc. franchiser location in Anjou are joining forces to better meet the growing demand from contractors and major project developers in Quebec.

“I’m very proud of the merger of these 12 locations, which pave the way to the creation of the very first LOU-TEC corporate branch network,” said Claude Guévin, President and CEO of LOU-TEC Group Inc. “This new network will now be able to better serve its customers in the industrial and institutional sectors of the greater Quebec City, Montreal and Gatineau/Ottawa areas, and do so while increasing its operating efficiency, buying power and equipment usage rate, thereby benefiting all its customers,” said Mr. Guévin.

The new network of 12 LOU-TEC corporate locations will employ more than 150 people in the following service centres:

In addition to its 12 corporate locations, the LOU-TEC brand is also proudly offered by 32 affiliate members and their 68 locations in nine Quebec regions. Over the past three years, LOU-TEC Group Inc. and its affiliated members have injected more than $150 million into the Quebec economy through renovation and expansion projects, branch openings and relocations, and acquisitions and mergers. These investments made LOU-TEC Group Inc. one of the fastest growing companies in the Quebec rental equipment sector for that period.

By 2021, according to projections by the American Rental Association, the rental of tools, equipment and heavy machinery in Quebec, Canada and North America will have grown by an average of about 4% per year. “The entire LOU-TEC network plans to take full advantage of this growth in the rental industry by continuing to improve the products and services it offers and playing a major role as a consolidator,” said Mr. Guévin.

Founded in 1979, LOU-TEC Group Inc. is the largest rental company for heavy machinery, equipment and tools in the construction, renovation and maintenance industries for commercial, industrial, institutional and residential services in Quebec. With about 80 corporate and affiliated locations, LOU-TEC offers its customers more than $300 million of equipment and a full line of rental and resale products.
LOU-TEC Group ranks 3rd in Canada and 23rd in North America in the TOP 100 equipment and tool rental companies.

Lou-Tec was chosen the winner in the category “Growth Awards” for Western Quebec and Ontario Regional.

You can watch the whole thing on the following link (french version only):

Lou-Tec ranks 3rd among in Canada and 23rd in North America in the TOP 100 of the biggest landlords equipements and tools. 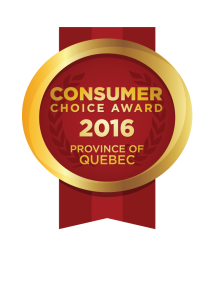 To better meet its customers needs, Lou-Tec is proud to provide you with a new “Sale” section on its website. Looking to buy a used equipment or tools?  That’s what you’ll find in our section “Sales”. Contact the indicated branch in the selected product page.

For any further information: [email protected]

Receive information by email on our equipement, our services and much more!